The Syntax of Dutch series synthesizes the currently available syntactic knowledge of Dutch.

‘Syntax of Dutch: Verbs and Verb Phrases’ consists of three volumes. Volume 1 opens with a general introduction to verbs, including a review of various verb classifications and discussions on inflection, tense, mood, modality and aspect. This is followed by a comprehensive discussion of complementation (argument structure and verb frame alternations). Volume 2 continues the discussion of complementation, but is more specifically focused on clausal complements: the reader will find detailed discussions of finite and infinitival argument clauses, complex verb constructions and verb clustering. Volume 3 concludes with a description of adverbial modification and the overall structure of clauses in relation to, e.g., word order (verb placement, wh-movement. extraposition phenomena, scrambling, etc.).

The volume ‘Coordination and Ellipsis’ addresses issues relating to coordination. It contains three chapters. Chapter 1 discusses the syntactic and semantic properties of coordinate structures and their constituting elements, that is, the coordinators and the coordinands they link. Chapter 2 discusses the types of ellipsis known as conjunction reduction and gapping found in coordinate structures. Chapter 3 discusses elements seemingly exhibiting coordination-like properties, such as dan ‘than’ in comparative constructions like Jan is groter dan zij ‘Jan is taller than she’.

Diagnosis is an essential part of scientific research. It refers to the process of identifying a phenomenon, property, or condition on the basis of certain signs and by the use of various diagnostic procedures. This book is the first ever to consider the use of diagnostics in syntactic research and focuses on the five core domains of natural language syntax – ellipsis, agreement, anaphora, phrasal movement, and head movement. Each empirical domain is considered in turn from the perspectives of syntax, syntax at the interfaces, neuropsycholinguistics, and language diversity. Drawing on the expertise of 20 leading scholars and their empirically rich data, the book presents current thoughts on, and practical answers to, the question What are the diagnostic signs, techniques and procedures that can be used to analyse natural language syntax? It will interest linguists, including formalists, typologists, psycholinguists and neurolinguists.

Wh-movement—the phenomenon by which interrogative words appear at the beginning of interrogative sentences—is one of the central displacement operations of human language. Noam Chomsky’s 1977 paper “On Wh-Movement,” a landmark in the study of wh-movement (and movement in general), showed that this computational operation is the basis of a variety of syntactic constructions that had previously been described in terms of construction-specific rules. Taking Chomsky’s paper as a starting point, the contributors to this collection reconsider a number of the issues raised in “On Wh-Movement” from the perspective of contemporary Minimalist syntactic theory (which explores the thesis that human language is a system optimally designed to meet certain interface conditions imposed by other cognitive systems with which the language faculty interacts). They discuss such wh-movement issues as wh-phrases and pied-piping, the formation of A-bar chains and the copy theory of movement, cyclicity and locality of wh-movement, and the typology of wh-constructions. By reconsidering core characteristics of the wh-movement operation first systematically discussed by Chomsky from the Minimalist perspective, this volume contributes to the further development of the theory of wh-movement and to the general theory of movement.

This volume brings together papers which address issues regarding the copy theory of movement. According to this theory, a trace is a copy of the moved element that is deleted in the phonological component but is available for interpretation at L(ogical) F(orm). Thus far, the bulk of the research on the copy theory has mainly focused on interpretation issues at LF. The consequences of the copy theory for syntactic computation per se and for the syntax–phonology mapping, in particular, have received much less attention in the literature, despite its crucial relevance for the whole architecture of the model. As a contribution to fill this gap, this volume congregates recent work that deals with empirical and conceptual consequences of the copy theory of movement for the inner working of syntactic computations within the Minimalist Program, with special emphasis on the syntax–phonology mapping.

Henk van Riemsdijk has long been known as one of Europe’s most important linguists. His seminal ideas have been influential in developing generative grammar in Europe and beyond. As the initiator, co-founder, and chair of the GLOW society, he made the society the leading platform of European generative linguistics. He has also been editor of the series Studies in Generative Grammar since its foundation. As a teacher and supervisor, he has inspired generations of students. On the occasion of his relocation from the Netherlands to Italy, his friends, students and colleagues celebrate his work with this collection of essays on numerous topics of current theoretical interest.

This volume deals with the issue of “scrambling”, i.e. the phenomenon of variable word order within a clause. It presents a variety of approaches towards scrambling, more specifically: (i) a base generation approach (with a further distinction between configurational and non-configurational approaches), (ii) a movement approach (with a further distinction between an A-movement approach, an A-bar movement one, and a mixed A-+A-bar- movement approach. The scrambling data discussed in this volume come from a variety of languages, including Danish, Dutch, Finnish, German, Hindi, Hungarian, Japanese, Korean, Persian, Seleyarese, and Warlpiri. 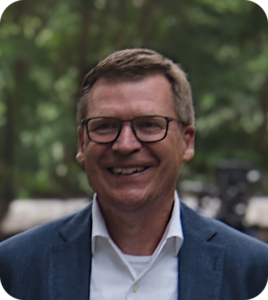